RU Casting or RU Fabricating? And How Much Does Alloy Matter?

In this article the experts at DH Fell look at common platinum alloys and their best uses. 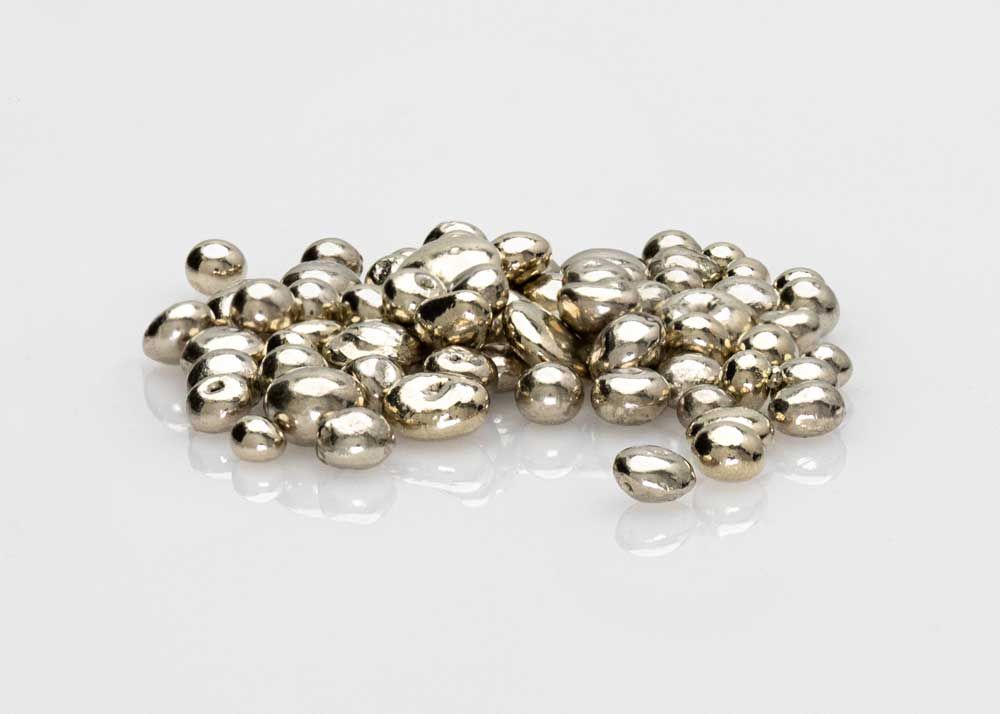 Just typing the first sentence of a blog on platinum casting alloys makes us sweat. Why? Because there are many - and strong! - opinions about platinum alloys in jewelry production! So we’re going to share some information here about platinum alloys, but we just want to lead off with an acknowledgement that many of you already have a platinum process that you’ve dialed-in and works great for you. We respect that! Then the rest of this post is for everyone else :)

As you probably already know, pure platinum is extremely soft. So it must be alloyed with other metals to make it workable for any jewelry application. What it is alloyed with, and how much of the other metals it is alloyed with, has material impact on the final product’s hardness and brightness. OK, we’re still saying things you already know. But what is perhaps less well understood is that the ultimate alloy also has significant impact on the workability of that metal, and whether it is best used for casting, fabricating, extrusion, rolling, drawing, or forming.

So choosing a suitable alloy for your platinum work requires understanding which alloys are most likely to yield the desired result.

It is also important to choose your alloy based on which market it will be sold in. Different countries have different standards for hallmarking as platinum. For great information on platinum alloys, we tend to look to the archives of the Santa Fe Symposium (SFS). In a 1999 SFS paper entitled “Platinum Alloy Applications for Jewelry,” Jurgen Maerz spelled out all the different country specific requirements for platinum alloys. A reprint of that paper is available on Ganoksin (https://www.ganoksin.com/article/platinum-alloy-applications-for-jewelry/).

In fact, the subject of platinum alloys was discussed frequently at SFS over many years. One paper in particular, “Platinum Alloys” by Grigory Raykhtsaum (Sigmund Cohn Corp), took on the challenge of reviewing the properties of platinum jewelry alloys (you can download the paper here: https://www.santafesymposium.org/2012-santa-fe-symposium-papers/2012-platinum-alloys?rq=platinum) .

Platinum/Palladium - Most often used for casting

Some designers do use palladium as a stand-alone jewelry metal, but for the most part, palladium is used as an alloy with platinum. Adding palladium to platinum does add some hardness.

There are many other Pt/Pd alloys, including a Pt850/Pd150 that is used for chain-making primarily in Asia, but Pt/Pd 950 and Pt/Pd900 are the most common you’ll see used in the US.

This is one of the older platinum alloys - it was used extensively in the early part of the 20th century and was referred to as irido-platinum.

Platinum/Ruthenium - Best for Machining and Fabrication (but can be cast!)

By itself, ruthenium is fragile, but when combined with platinum it makes an excellent alloy.

Pt/Ru 950 (5% Ruthenium) is most often used as a tubing alloy, which can be sliced and then machined for wedding rings. It has a Vickers hardness of 130, and when cold hammered the hardness goes up to 210 Vickers. Pt/Ru 950 can be cast, but it is a difficult alloy to cast, so plan to spend some time experimenting. Most casters using this alloy see the best results using induction melting techniques. One note of caution however: We do not recommend that you use torch melting with this alloy. Ruthenium oxide fumes are toxic.

The aforementioned papers by Jurgen Maerz and  Grigory Raykhtsaum go into much greater detail about the hardness, melting ranges, density, and workability of these alloys. If you’re inclined to give your inner mad scientist chemist some room to play, you may find you have new favorite alloys for each of your specific production projects!